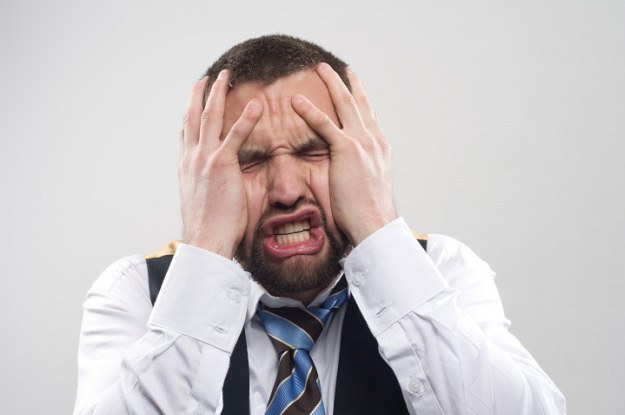 This MarketEYE installment provides current market conditions in January 2018 for passive electronic components with emphasis upon capacitors, resistors and inductors. The primary conclusion of this installment is that demand continues to exceed supply in key components, especially MLCC, tantalum and chip resistors and that the traditional slowdown in demand that is typical for January, has not occurred and consumption is now expected to be up for the global market in US dollars for the quarter ending March 2018. We also note that demand is coming from multiple end-use market segments and is being positively impacted by the rapid expansion of high-end products in multiple end-use market segments that require more passive components per product than ever before.

The January market data suggests a strong automotive market in January 2018 and the beginnings of a revival in the industrial markets. Early reporting by key manufacturers of passive components have revealed a very strong December revenue stream, with sales for one vendor up 55% over December 2016. The outlook for the remainder of 2018 also is shaping up to be robust with forecasts from handset, automotive electronics, defense and space; medical and infrastructure all expected to be up for 2018.

As the avid reader knows, lead times for capacitors have moved up over the past six months and in January 2018, data now confirms that demand for capacitors remains high and supply continues to be tight. In January 2018 Paumanok noted increased lead times for the aluminum capacitor products, ceramic capacitor products, tantalum capacitors and plastic film capacitors. The reader should note the chart data for January from previous years. In previous years (2013, 2014, 2015 and 2016) the January month is usually down, but not in 2017 and again in 2018. It is generally stated in the industry for decades that if January is strong, so is the rest of the year. 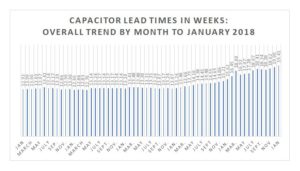 The pressure remained elevated as lead times stretched to new all-time highs for MLCC in January 2018 as is shown in the table above. Also, we noted that lead times continued to rise for the larger case size products in January 2018 which supports continued heavy demand from the automotive sector. We expect pressure to remain on the market in the March 2018 quarter as well.

Lead times for tantalum capacitors increased in January 2018 as expected, especially for ultra-small case size tantalum chips in the manganese AND polymer cathode design. Tis supports success at overlap with MLCC. Tantalum capacitor demand remains at an elevated level because they are also ultra-small solid designs that overlap high cap type MLCC, which are in short supply. As hinted at by INTEL – the reference designs will be allocated to tantalum for high cap BME MLCC parts which cannot be obtained. The competition between MLCC and tantalum is primarily at 2.2 to 100 microfarad.

The DC Film Capacitor market showed activity in January 2018, with elevated activity in AXIAL LEADED designs – the reader should note that the combination of the capacitor products in short supply suggest a strong underlying demand from the automotive sector.

The resistor markets and their primary PGM supply chain have been extraordinarily volatile in FY 2017 and this is not subsiding in 2018 as products consumed in automotive and industrial end-markets remain in high demand. The reader should note that demand remains high in thick film chip resistors, even though lead times are returning to more manageable levels signifying less “panic” in the resistor market, we still see that the demand equation is still off balance and needs further correction. 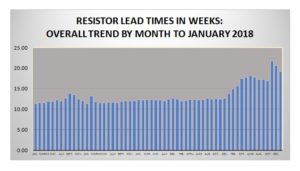 After a spike in demand in November 2017, we saw lead times relax back down in December 2017 and again in January 2018, but the market still remains at an elevated level overall as we enter 2018. When resistors get back down to the 11 to 12 week lead time range the market will be in parity again.

After a wild few months in lead times, the axial and radial leaded resistors have begun to return to parity on a month-to-month basis; however, in JANUARY 2018 we noted that demand increased for metal foil resistors, nickel chromium film resistors in axial and radial format, and for tin oxide high voltage resistors. This supports increased demand from auto AND defense sectors.

Thin film resistor chip lead times skyrocketed in November 2017 on a month-to-month basis and continued to increase in December 2017; however, in January 2018 we note that demand has come back down, but still remains well above the traditional run rate for these parts.

We expect that the growth rates for the December 2017 quarter will 15% growth in US dollar value quarter-to-quarter for the market, coming largely into the MLCC business segment. For the fiscal quarter ending March 2018 we expect continued growth in the passive component markets lead by demand for MLCC, tantalum chips, thick and thin film chip resistors and multiple types of discrete inductors in chip and conical formats, and expect the overall demand in key segments – automotive, handsets, industrial, defense, medical, telecom infrastructure, networking and space electronics to all be up in 2018.

The global passive component raw material index has been trending upward since mid-2016 and is now causing great concern in JANUARY 2018 as ruthenium prices (USED IN RESISTORS) skyrocketed to 195 USD per TZ. 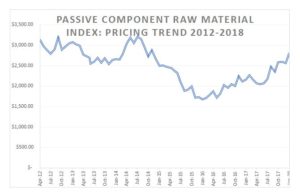 Prices for nickel, copper, aluminum and zinc are all trending upward as we end January 2018. Multiple end-markets consuming base metals include building materials and electronic components.

In precious metals we saw a huge spike in ruthenium prices to $ 195 USD per troy ounce. Palladium prices also continue to increase. Tantalite prices remain unchanged in January 2018 but an elevated level compared to earlier in the year as more tantalum ore will be required to replenish stockpiles drawn down because of the current increase in demand in the December quarter of 2017 and the first quarter of 2018.

The January 2018 market data supports a strong underlying growth rate still impacting the supply of passive components in the first quarter of 2018, with the combination of components being consumed suggesting that demand from the automotive sector has not slowed down. Also, higher than expected unit sales to the handset business kept pressure on overall demand in the December quarter, meanwhile, in January we also see steady demand from defense, telecom infrastructure, medical, and automotive segments. It is generally a tradition that if January is a good month than the entire year usually outperforms. Raw material prices are now increasing rapidly and manufacturers of passive components should be eyeing such rapid upward shifts in feedstock materials used for dielectrics, electrodes, substrates, resistive elements, magnetic powders and termination materials.

Statements of fact and or opinions expressed in MarketEYE by its contributors are the responsibility of the authors alone and do not imply an opinion of the officers or the representatives of TTI, Inc.